All Impressionist & Modern Art auctions scheduled on March 26th and 27th, 2020 in Paris were postponed both at Sotheby's and Christie's following the confinement requirements ordered by the French government.

While we cannot know what would have happened, had the sales taken place, it still is important to analyse and understand what did not happen in order to get a sense of the impact these cancellations will have on the art market.

In preparation of the March Paris Impressionist & Modern Art 2020 sales, 423 lots had been catalogued at Christie's and Sotheby's and were ready to be auctioned. 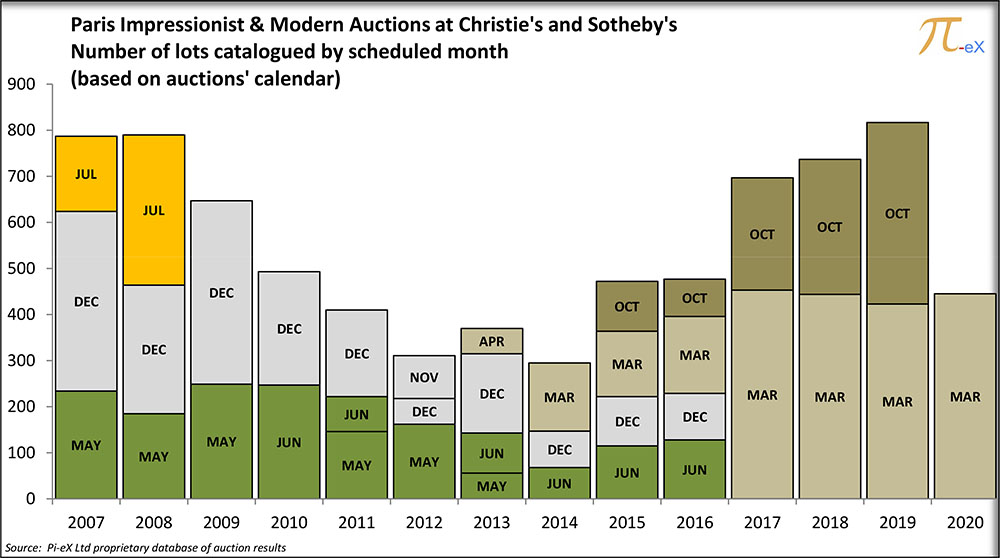 This represented just 5% less lots than the year before. In March 2019 indeed, 444 lots were catalogued at both auction houses.  These lots sold for 25 million euros (including buyers’ premium) in March 2019. 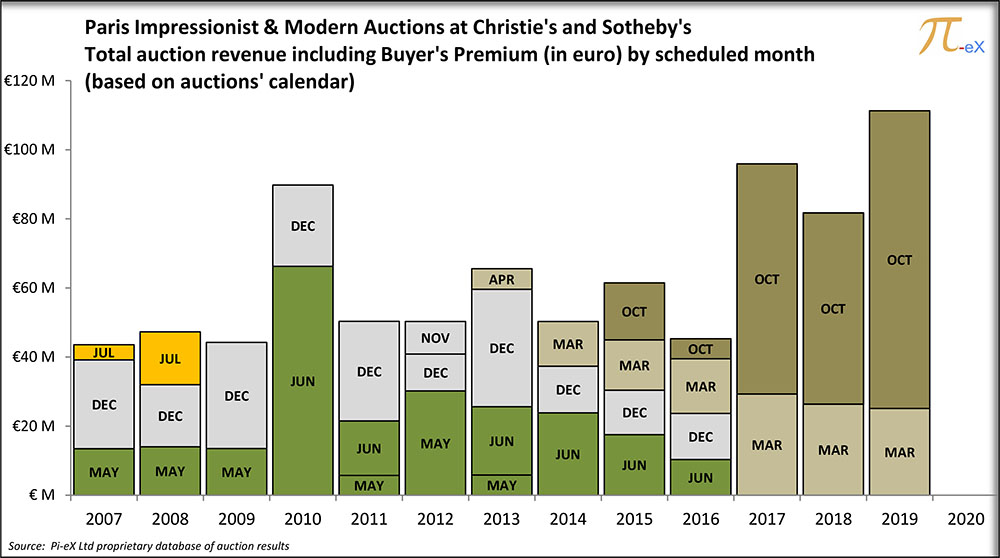 This means that last weeks’ postponement of the Impressionist & Modern Art auctions resulted in the postponement of around $25 million euros for both auction houses, plus of course additional potential revenue from private collection sales originally scheduled at the same time, as for example the Private Collection “Hommage a Arp- Collection Greta Stroeh” originally scheduled to take place on March 26th 2020 at 2pm at Christie's.

At this time, both Sotheby's and Christie's have rescheduled the March Impressionist & Modern Sales for June, which historically was the month for Impressionist sales in Paris as clearly shown in the graphs above.

Over the years, the Paris Impressionist October sales have grown in importance. There is little doubt that this year should further consolidate their dominance.