With 15 auctions cancelled or postponed at Christie's, Sotheby's and Phillips in March 2020, more than 2,200 lots catalogued for these sales could not be auctioned in live auctions.  What happened to these lots and which strategy did each auction house pursue?

Christie's and Phillips decided to postpone the March sales and the lots for these sales are now scheduled to be sold at a later time.

As of end of March, more than thousand lots are waiting to be auctioned whenever the auction houses will have the right to do so. 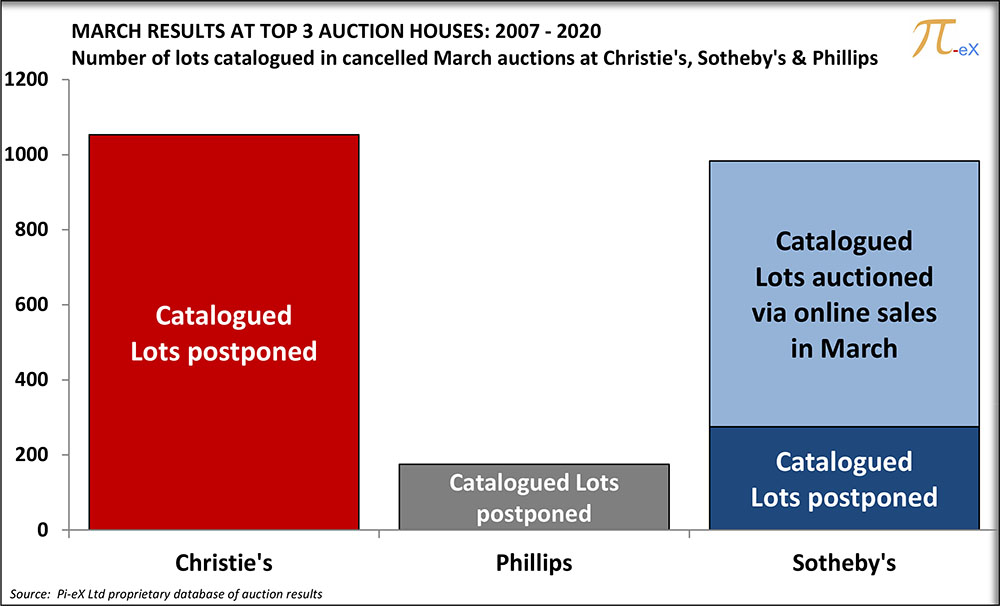 Sotheby's adopted a different strategy and converted most of its cancelled March live sales into "last minute" online sales, 3 of which even took place before the end of March.

This allowed for almost 75% of the lots catalogued in Sotheby's cancelled sales to still be auctioned in March 2020. 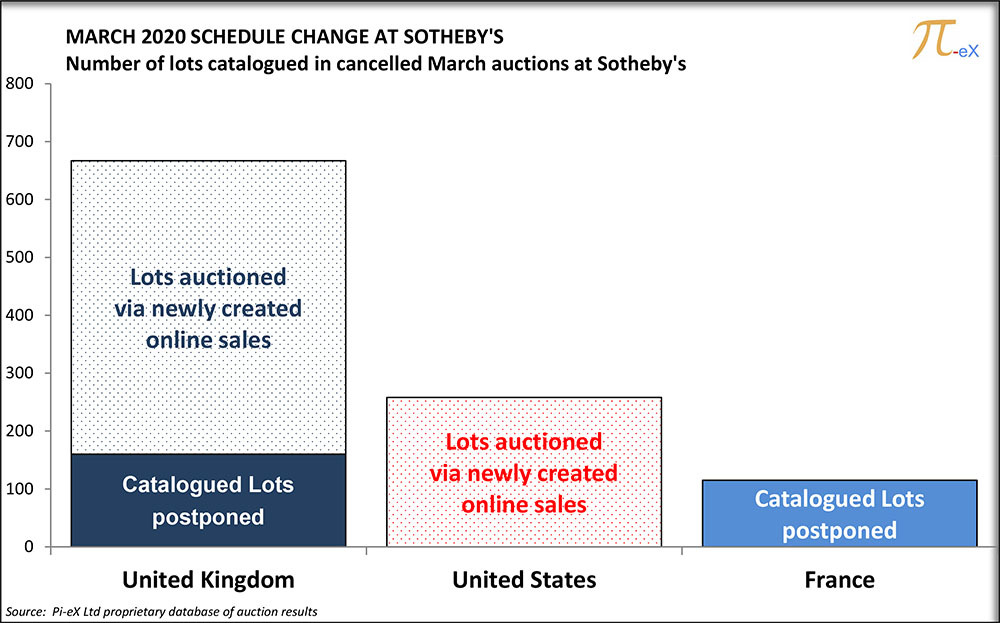 In the United Kingdom, only about 25% of lots remained postponed for later sales as 4 out of the 6 London March cancelled sales were moved online.

In the United States, all lots scheduled to be auctioned in March were auctioned.

In France, the one sale scheduled in March was not moved online and all its lots are now scheduled to be auctioned in June 2020.

Did this impressive operational move convert into a successful selling process? In other words, did the online auctioned lots convert into sold lots?

Pi-eX Research  is currently reviewing each cancelled sale in details and will issue its analysis next week.