This year marked the 6th anniversary since Christie’s launched its first inaugural mainland China sale in Shanghai on September 26th 2013.  While the top three auction houses regularly hold auctions in Hong Kong, selling from Shanghai China has been the privilege of Christie’s while Sotheby's focuses on Beijing.   After seven years of sales in China, Pi-eX takes a look at what data tells us about Christie’s Shanghai’s business.

1. Over the past 7 years Christie's has seen ups and downs:

Over the period 2013 to 2019 Christie’s organized a total of 21 auctions in Shanghai, China, starting with its inaugural auction on September 26th 2013. 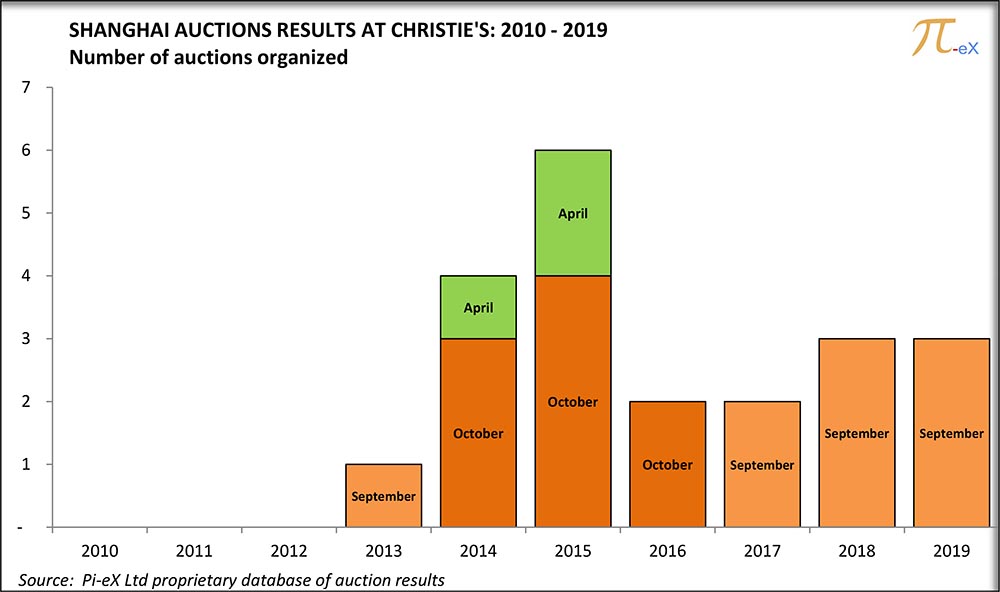 This year, like last year, Christie’s organized three different auctions all on September 21st 2019, which has now become the official period for the Shanghai sales.

In a similar fashion to what is happening in New York, London or Hong Kong, evening sales have been generating the largest share of revenue in Shanghai. 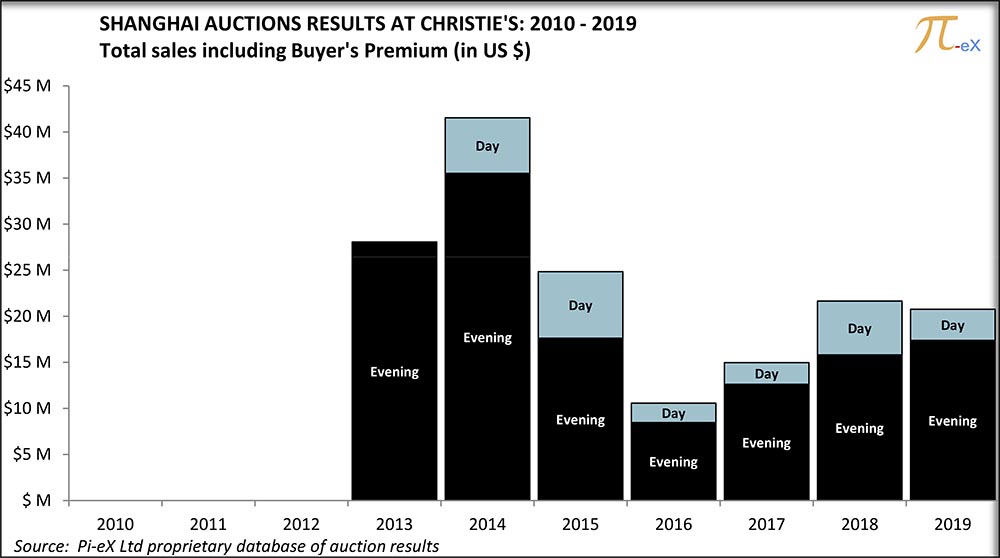 The weight however of evening sale seems to be growing as day sales saw both their number and the number of lots catalogued at day sales decrease overtime.

It was therefore little surprising to see the total revenue of evening sales in Shanghai continue to grow while day revenue plummeted in 2019.

3. Fine art brought most of the revenue generated at the Christie's Shanghai auctions:

“The First Shanghai Auction” in 2013 included a mix of 42 lots ranging from wine to watches, jewellery to a Picasso artwork. 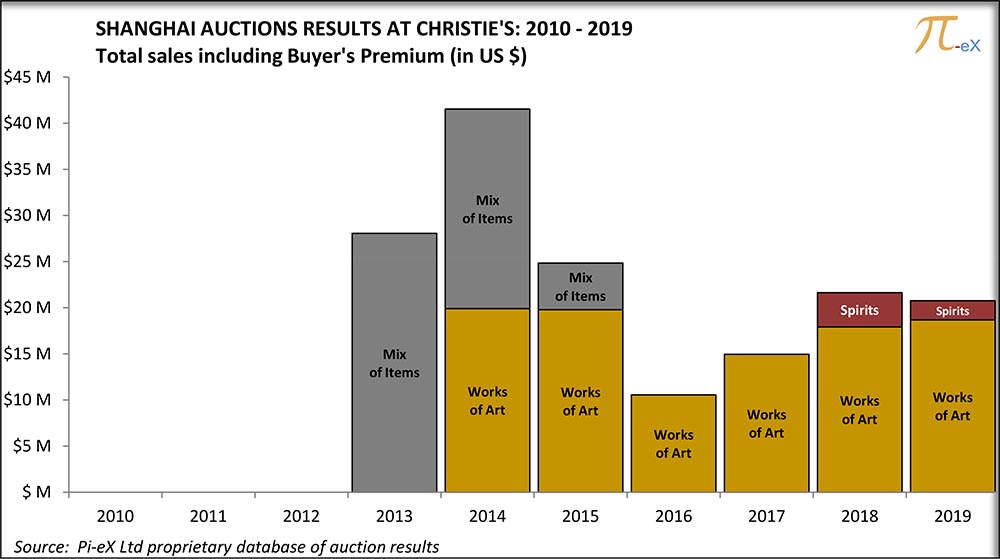 After a few years, the Shanghai auctions became more focused and works of art started to generate most of the revenue, with local alcohol (Spirits), Moutai, being next. Interestingly watches, jewellery and wines which represented most of the items catalogued in the earlier years have all but disappeared in the past two years.

The Shanghai sales are the first major repeating day and evening sales after the summer break, which makes them interesting to follow.  This year’s sales were rather disappointing as the total revenue generated was slightly below last year’s revenue. While the evening sale performed reasonably well showing a 10% growth rate in revenue, it is not clear where the future growth will come from.  As of this year, it may therefore still be too early for Christie’s to celebrate.

For further information on the historical performance of auctions in China, consult Pi-eX 2010-2018 MACRO Reports by location.