As March 2020 came to a close, the initial effect of Covid-19 could already be seen in the evolving schedules of auction houses for the month of March.

Historical analysis from Pi-eX Monthly MACRO report for March shows that 1/3 of the auctions scheduled to take place that month at Christie's, Sotheby's and Phillips (15 out of 45) had to be cancelled because of governments imposing lock-downs in New York, Paris and London. 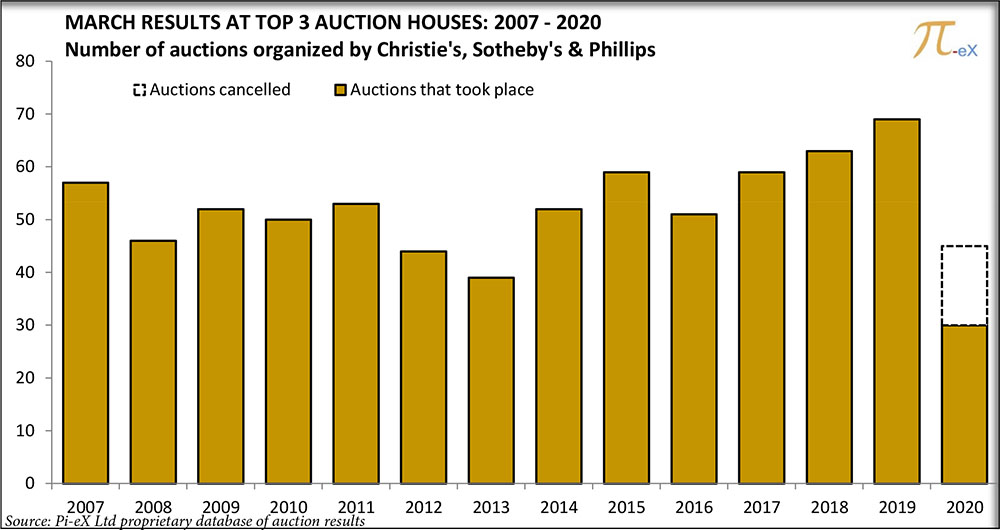 - Christie's cancelled 10 auctions scheduled for the month of March 2020, mostly in New York and Paris:

- Sotheby's cancelled 9 auctions scheduled for March but then converted 5 of them to online sales that were run in March.  The remaining ones seem to be getting rescheduled for the following months also as online sales. 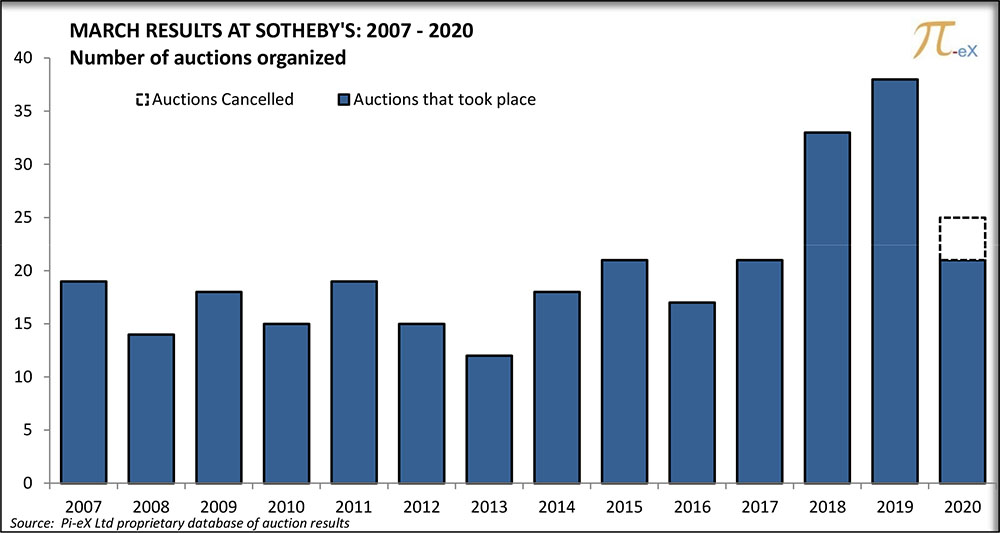 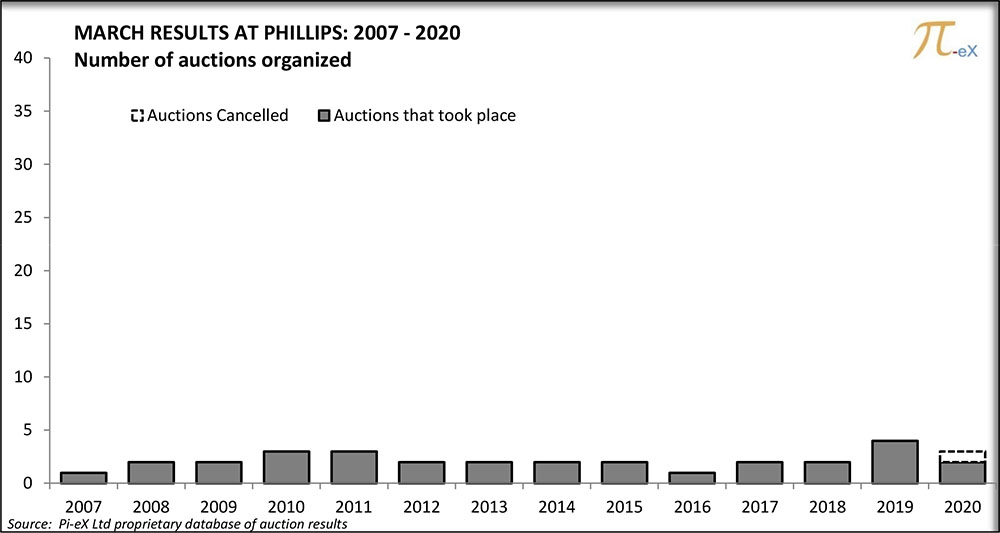 More information about the impact of covid 19 on the auction business at the top 3 auction houses is available in Pi-eX March MACRO reports.