After a difficult Impressionist, Modern & Surrealist evening sale the week before, the auction house must not have been willing to take much risk.

It therefore should not come as a surprise that over £50m or 65% of the total Hammer Price (HP) achieved came from artworks with Irrevocable Bids (IRB) ie artworks which the auction house had pre-sold to Third Parties ahead of the sale and for which the Third Parties could get compensated should anyone else overbid them in the auction process.  As shown in the graph below, the use of Irrevocable Bids has become the norm at the Sotheby's London February Contemporary evening sale, but this year showed a particular increase in the percentage represented by Third Party Guarantees as lots without guarantee (NG) did not generate much value. 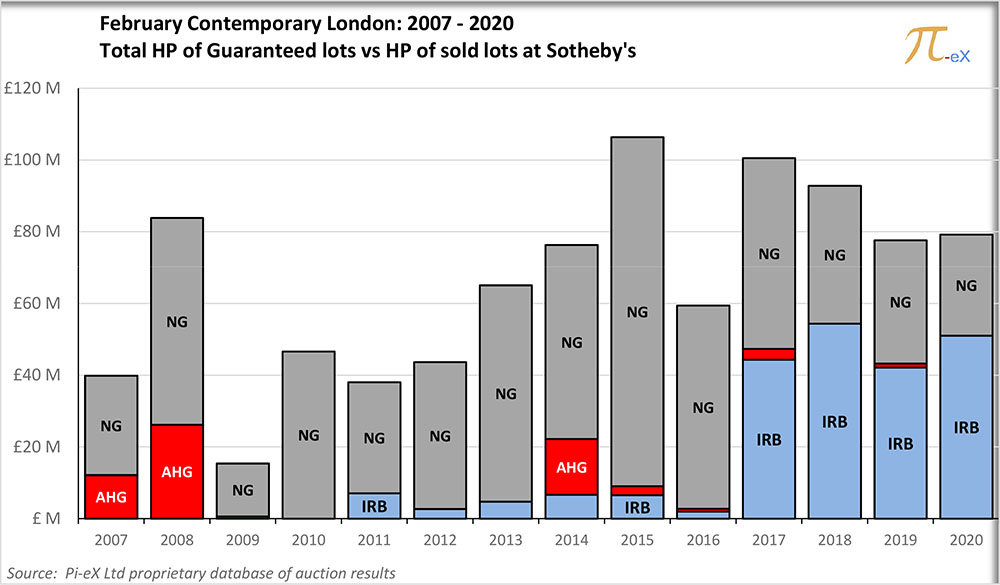 Out of the 12 artworks with Irrevocable Bids included in the sale, 7 were not listed in the original catalogue and were announced by the auctioneer either at the beginning of the auction or just before the lot was auctioned.

In the graph below outlining the top lots of the evening in terms of Hammer Price value, the first 6 artists had artworks covered by IRB:  “The Splash” by David Hockney, “Rubber” by Jean-Michel Basquiat, “Untitled" by Christopher Wool, “Untitled Anthropometry (ANT 132)” by Yves Klein, “The Arrival” by Adrian Ghenie and "Concetto spaziale, Attese" by Fontana. 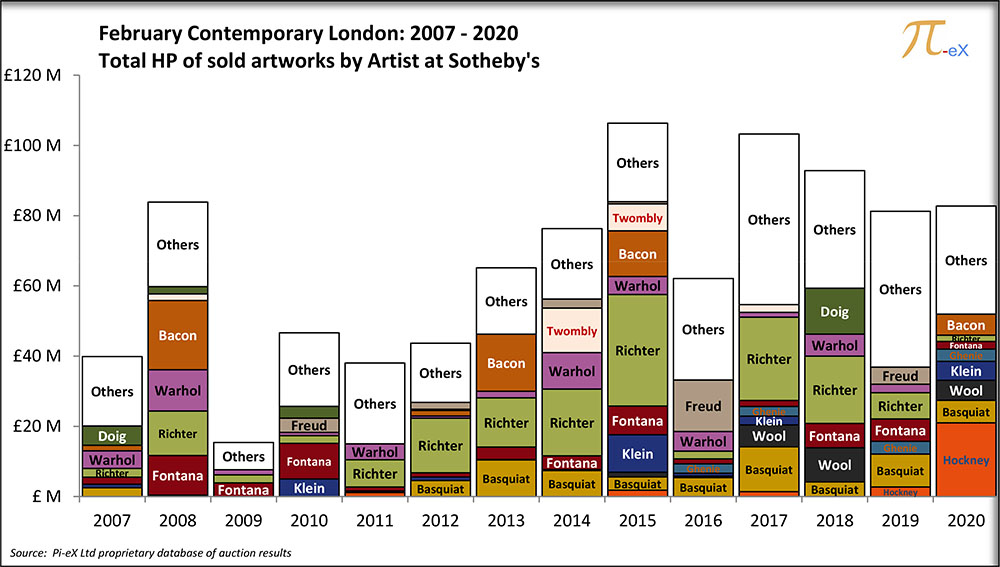 With the exception of 2 lots - "The Arrival" by Adrian Ghenie and "Untitled" by Mauricio Cattelan - most lost with Irrevocable Bids obtained Hammer Prices around their original Low Estimate as shown in the graph below.

Three of the lots covered by IRB ended up being bought by the Third Parties. These were “The Splash” by David Hockney, “Untitled" by Christopher Wool, “Untitled Anthropometry (ANT 132)” by Yves Klein. 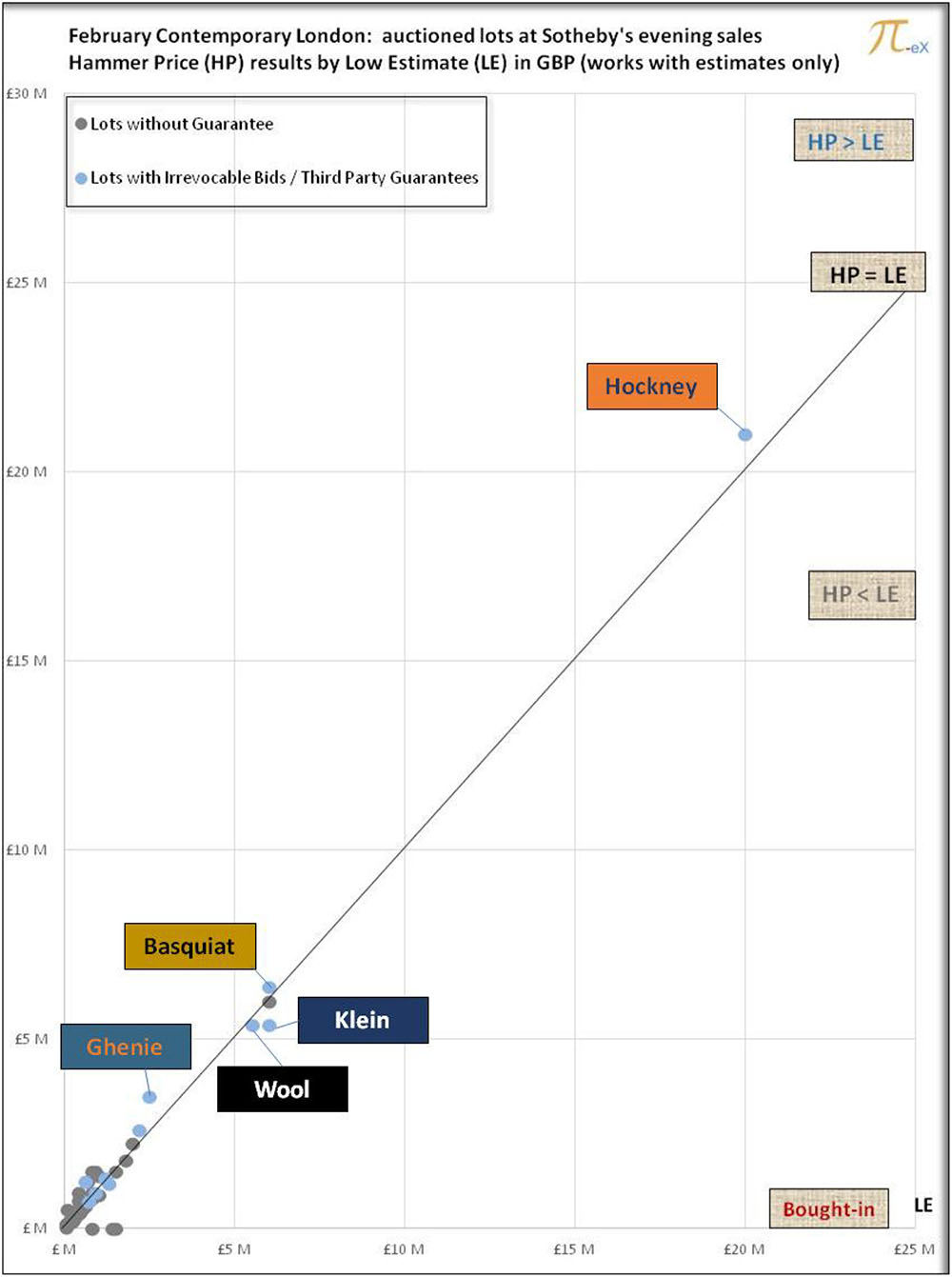 Some lots without guarantee (grey dots in the graph above) performed well and above their LE but none of them achieved a HP above £2.25m except for “Turning Figure” by Francis Bacon which reached £6m

One can definitely wonder whether “The Splash” by Hockney would have achieved a Hammer Price of £21m had it not been covered by an irrevocable Bid.  This must definitely be a question the Irrevocable Bidder, who ended up taking home the artwork, must ask him or herself.  Hopefully he or she enjoys the artwork because with a Hammer Price of £21m on a Low Estimate of £19m this was not a bargain.