The 15th-century Botticelli’s artwork, sold end of January 2021 in New York for $92.2 million (including buyer’s premium), was part of the Sotheby's January Old Masters Marquee sale.  The sale has been arranged annually by the auction house as an evening sale since 2016. This year's sale, despite being a "day sale" (it was scheduled to start at 10am New York time), had all the characteristics of an "evening sale" and can therefore be compared to previous similar evening sales.

1. The 2021 overall results were the highest since the start of the Sotheby's Old Masters Marquee evening sale in 2016 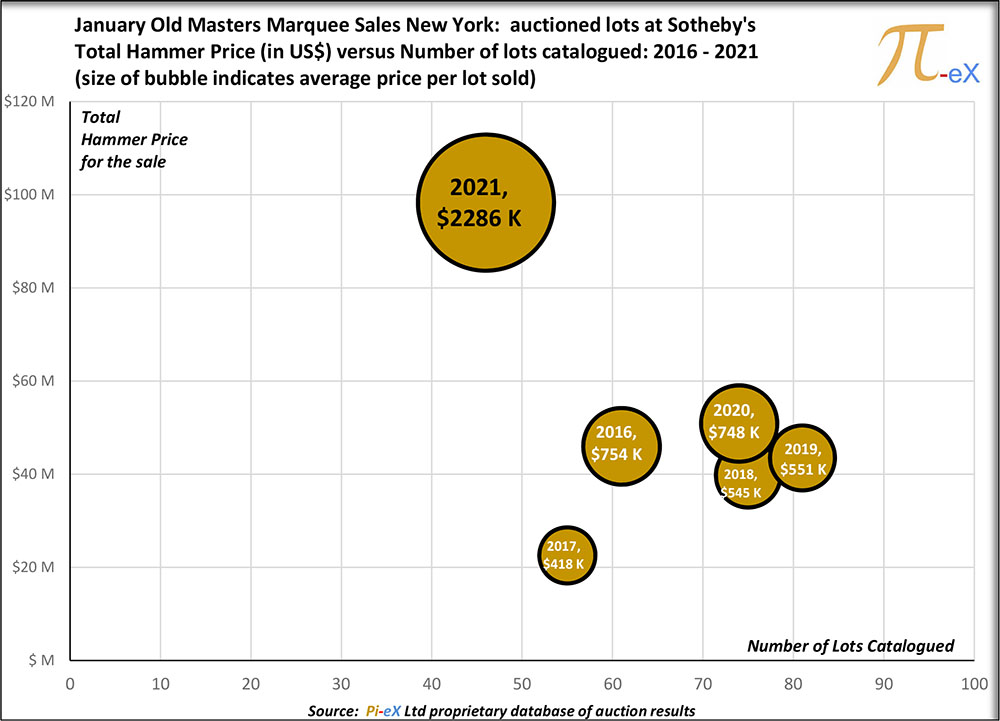 Despite being in a "Day Sale" format this year and counting the smallest ever number of artworks offered for sale, the 2021 January Old Masters Marquee sale at Sotheby's performed really well. In fact, as shown above it brought by far the largest revenue to the auction house for the smallest number of lots catalogued.

2. 81% of the total Hammer Price achieved this year is explained by one lot: Botticelli’s “Portrait of a young man holding a roundel”

With a Hammer Price (HP) of $80 million, the Botticelli's artwork counted for 81% of the $98.315m total Hammer Price obtained at the Marquee sale.  This means that the remaining 42 lots sold in the sale counted together for $18.315m only. Without the help of this one high profile lot, the result of the sale would have been much less than in the previous years.

3. The majority of lots auctioned before and after the Botticelli obtained a Hammer Price of less than $500K. 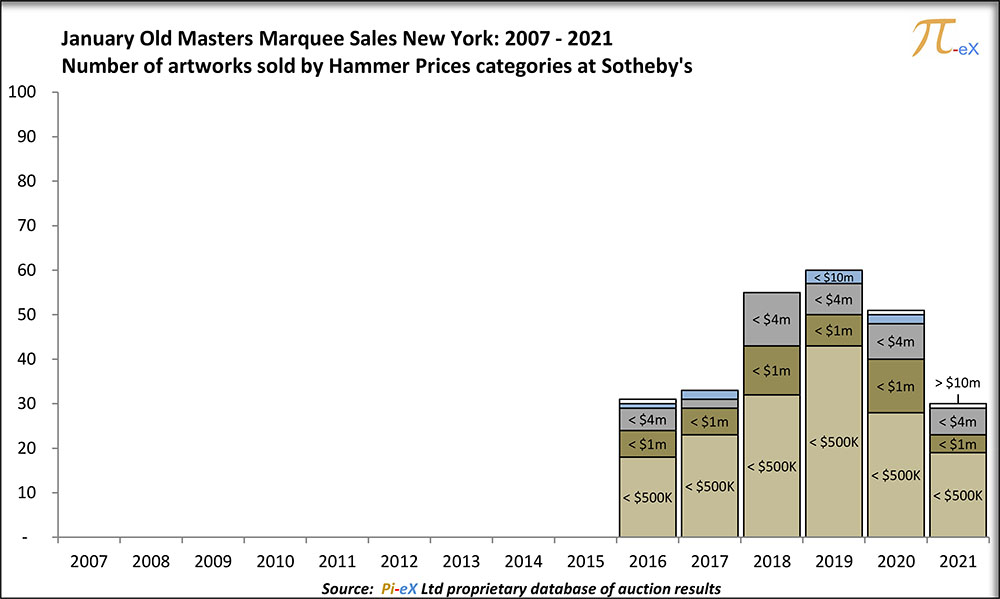 Looking at the mix of artworks sold in the sale shows that the majority of works hammered for less than $500,000, far from the $80 million Hammer Price obtained by the Botticelli.  At the same time, the number of artworks that obtained Hammer Prices between $1 million and $4 million was the lowest since 2016.  Noticeably an artwork by Rembrandt with a Low Estimate of $20 million and a guarantee by Sotheby's was withdrawn from the sale at the last minute, potentially indicating how nervous the auction house was that the artwork could be bought-in (unsold).

4.  With the exception of the Botticelli artwork, the total Hammer Price of all lots auctioned in the January Sotheby’s Old Masters Marquee sale fell $2 million short of their original total Low Estimates 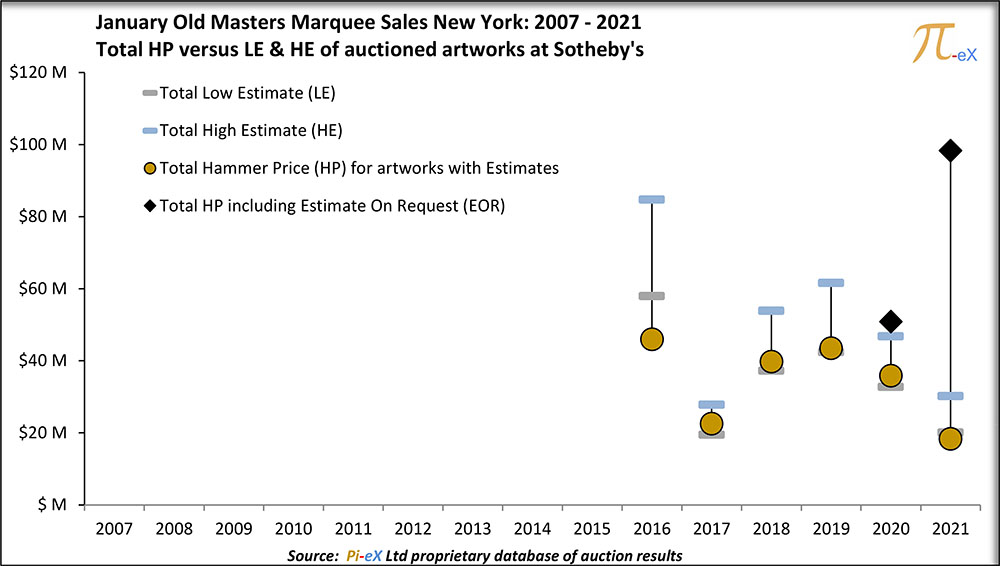 When looking at artworks with Estimates only - ie all artworks except the Botticelli which was offered with an Estimate on Request (EOR) - it is striking to see that the total Hammer Price obtained fell below the total Low Estimates meaning that overall buyers were not willing to bid for prices above the Low Estimates asked for the artworks auctioned.  Also noticeable on the graph above, the 2021 Total Hammer price was the lowest since 2016.

At first sight, the Sotheby's January 28th 2021 Old Masters Marquee sale looks like an extremely successful sale.  When looking however at the mix of the sale and performance of artworks with estimates only, it becomes clear that the high price obtained by the Botticelli artwork is not representative of the rest of the sale as the majority of artworks catalogued in the sale did not obtain such a great outcome as the Boticelli's artwork.