During the month of February, auctions at the top three auction houses are traditionally focused on the United Kingdom. This is in fact the month when the high profile Impressionist, Modern and Surrealist sales as well as the Contemporary evening and day sales take place in London at each of the auction houses.

This year was no exception and Pi-eX MACRO report on worldwide February sales at the top three auction houses provides interesting insights into the strength of the London market as well as the art market in general: 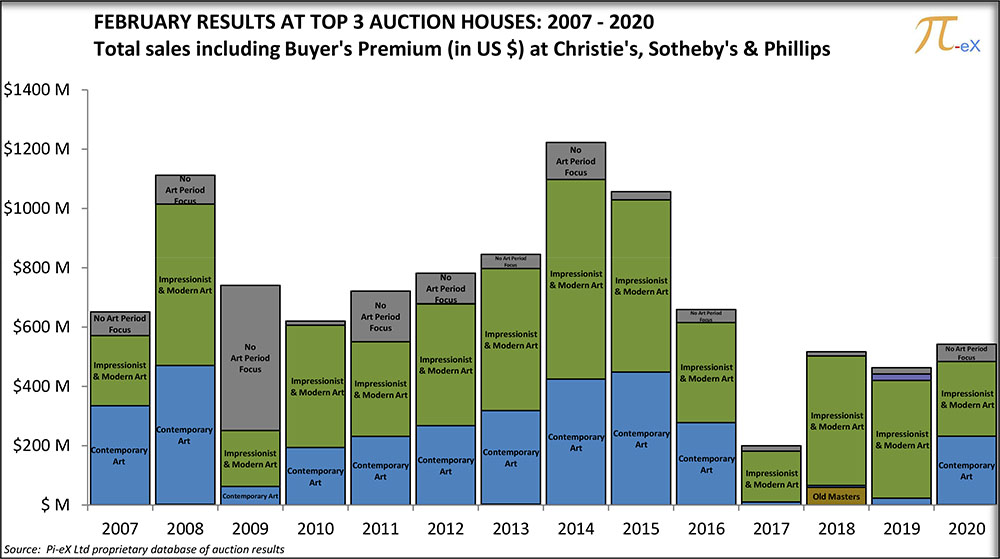 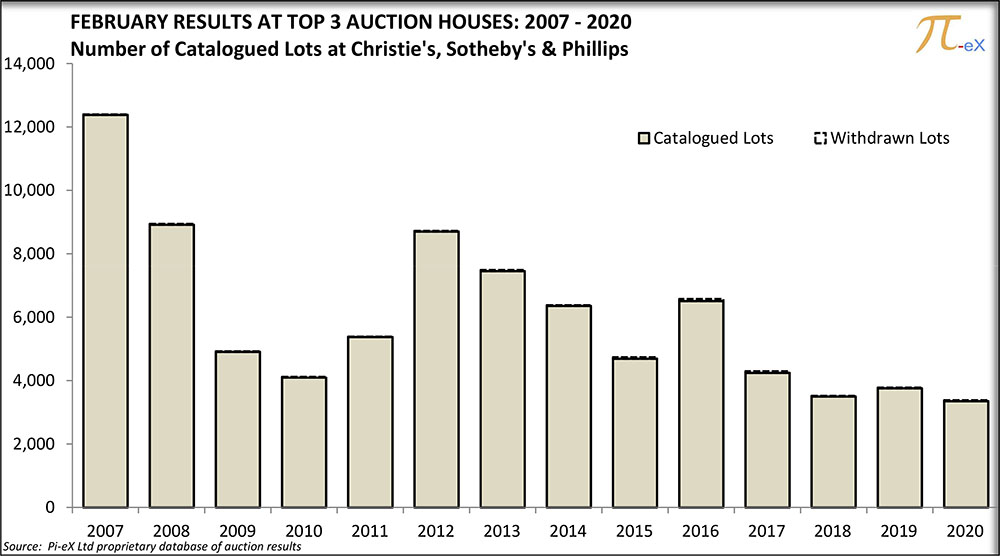 Traditionally, auction revenue in the month of February comes from auctions arranged in the UK, except for February 2009 when the exceptional Private Collection of Yves Saint Laurent and Pierre Bergé switched the spotlight to France.

This past February, despite the addition of new online sales in New York, Paris and Milan, most of the revenue generated during the month was still obtained from sales arranged in London, UK. 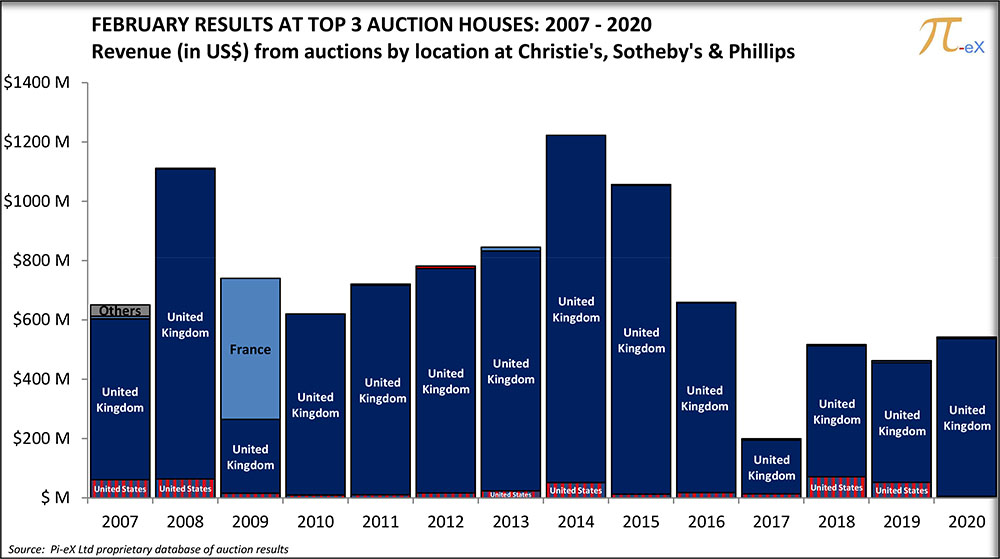