Started in 2016 by Christie’s and 2017 by Sotheby’s, the Paris Modern Art evening sales during FIAC week in October, have been growing in importance. Entitled “Avant Garde” at Christie’s and “Modernites” at Sotheby’s, the sales have developed in unique sales that are showing great potential as confirmed by this year’s results.

The new kids in town

Until 2016, Christie’s and Sotheby’s did not have any particular sales in Paris related to the FIAC art fair. It is only in 2014 that Christie’s introduced its first day sale entitled “Modern Art” and in 2016 an evening sale entitled “Avant Garde”. Sotheby’s followed in 2017 with both an evening sale and a day sale. Since then a whole group of auctions are arranged by the auction houses during FIAC week. This includes repeating sales, Private Collection sales and once a curated sale. 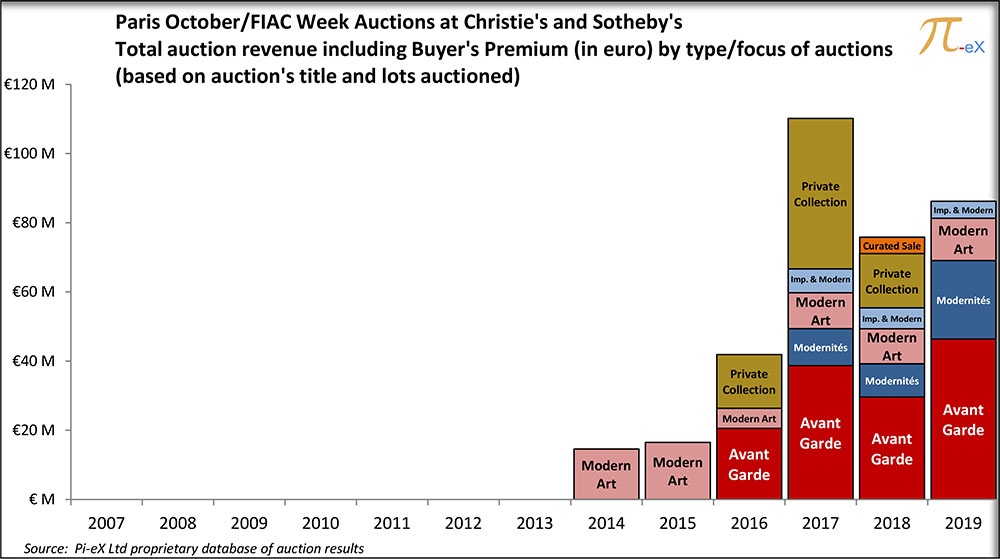 As shown in the graph above, revenue from the evening sales “Avant Garde” and “Modernites” respectively at Christie’s and Sotheby’s has been growing to reach over 60 million euros in 2019.

A diverse mix of artists

While the French touch is obvious, with artists like Nicolas de Stael, Pierre Soulages, Jean Dubuffet, the other particularity of the Paris October FIAC evening sales is that they include a broad mix of artists from Picasso to Calder and Zao Wou-Ki. 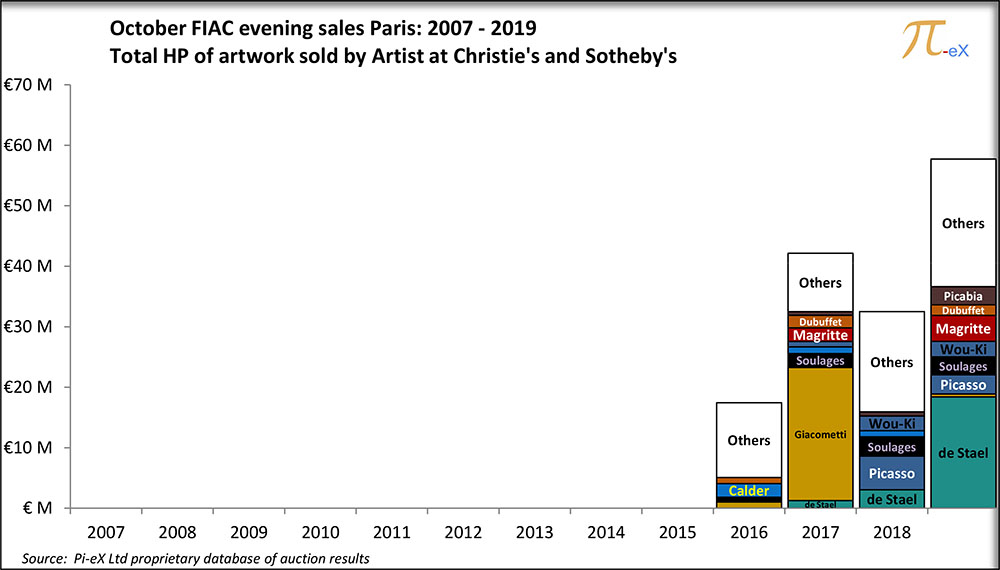 Giacometti clearly made its mark on the sale in 2017 as his work “Grande femme II” was sold for almost 25 millions euros. This year, it was Nicolas de Stael that made the headlines with “Parc des Princes (Les grands footballeurs)” and a selling price of 20 millions.

While both artworks are certainly stunning, their price range in the upper 20 millions is clearly a departure from the rest of the pack as the next most expensive work sold at the Paris FIAC evening sales was “Guitare, bouteille et compotier” by Picasso, which sold for 4 million euro in 2018.

A little bit of help from guarantees?

Prices in the upper 20 millions is not the only thing that differentiates the Giacometti and the de Stael from the other artworks. Interestingly both works were also listed as having received guarantees from Christie’s. 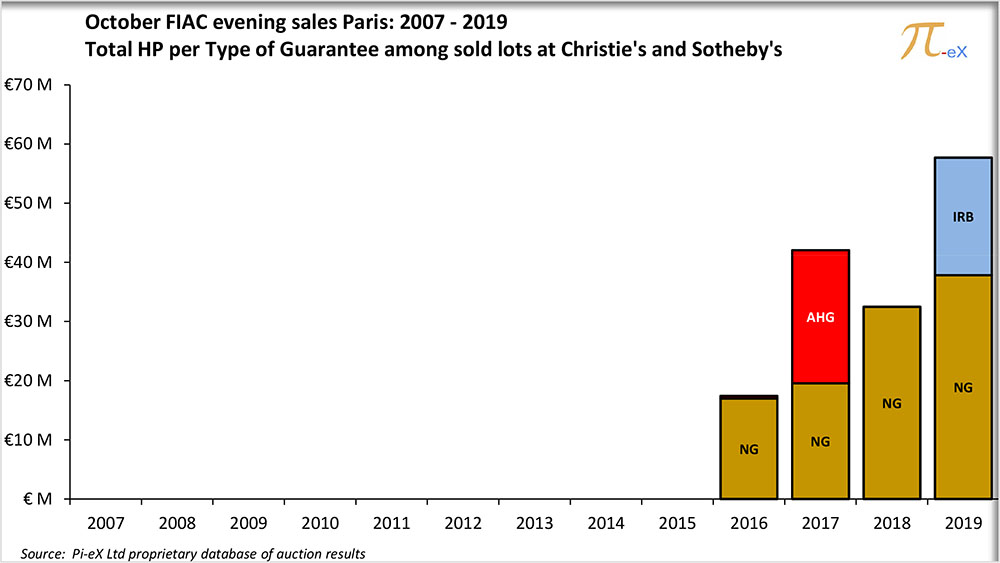 While there were only a few guarantees and irrevocable bids historically at the Paris sale, the few that were given certainly influenced the highly priced artworks and eventually the final results.

For more insights on the FIAC week auctions in Paris, check out:

We also have reports for the sale at each auction house: