As the week closed on what should have been the 2020 New York March Asia Week, only one auction took place at Sotheby's New York on March 16th, 2020 versus 17 auctions in 2019 at both Christie's and Sotheby's.  All remaining auctions had to be canceled as New York reacted to the threat of the coronavirus.

While we will never know how much revenue would have been generated under different conditions, an analysis of the repeating New York March calendar sales over the past 13 years shows some interesting trends: 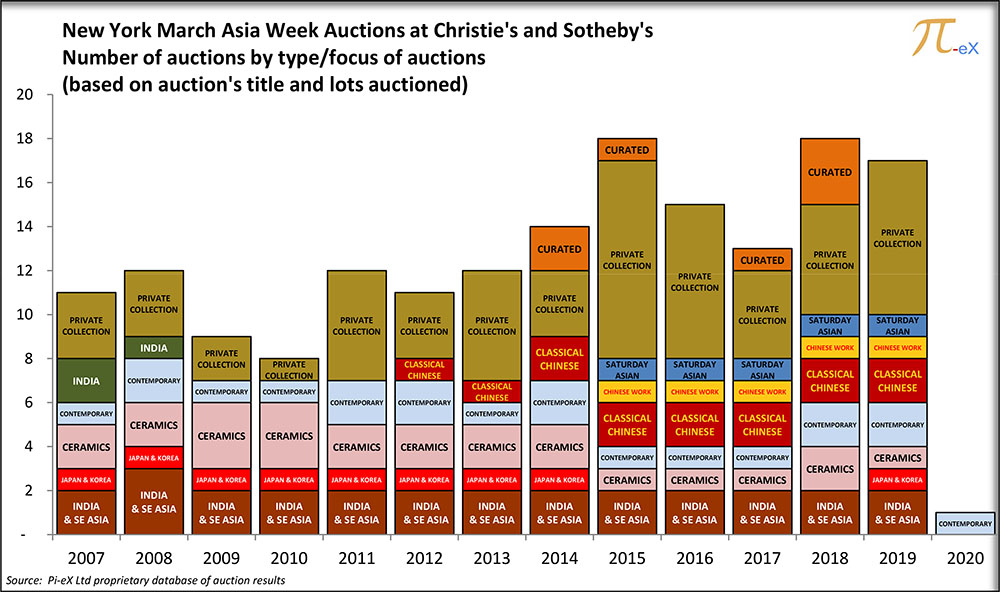 Private Collections are usually the cherry on top of the cake, or in other words add-ons that complete a particular set of repeating calendar sales.  At the New York March Asia Week however, they seem to be an integral part of the schedule as they represent an ever growing share of the number of auctions arranged, number of lots consigned or revenue generated.

2. Over the years there has been a shift from auctions focusing on Southeast Asian and Indian art to auctions covering a wide range of Chinese art - from classical Chinese to Contemporary Chinese. 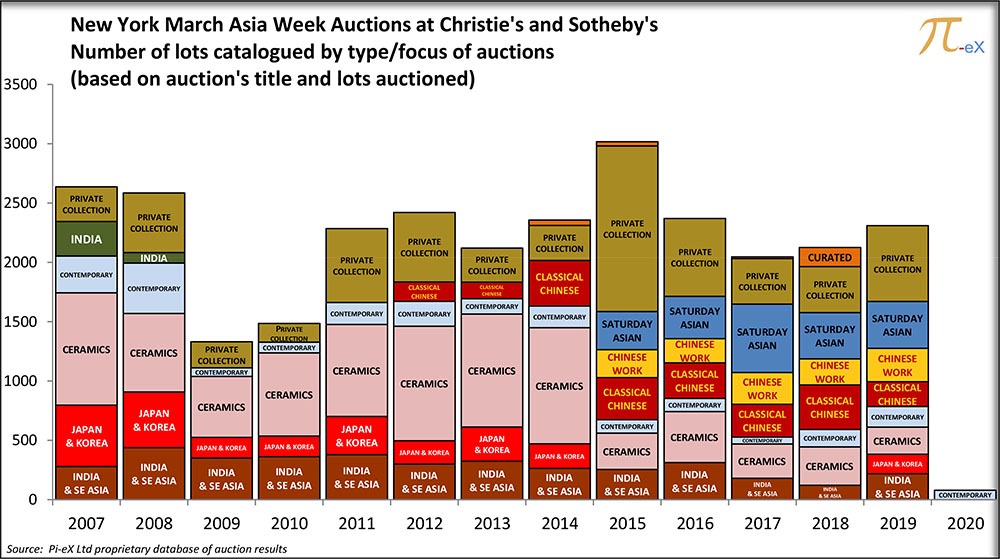 3.  The share of auctions focusing on Ceramics has greatly decreased both in volume and value. 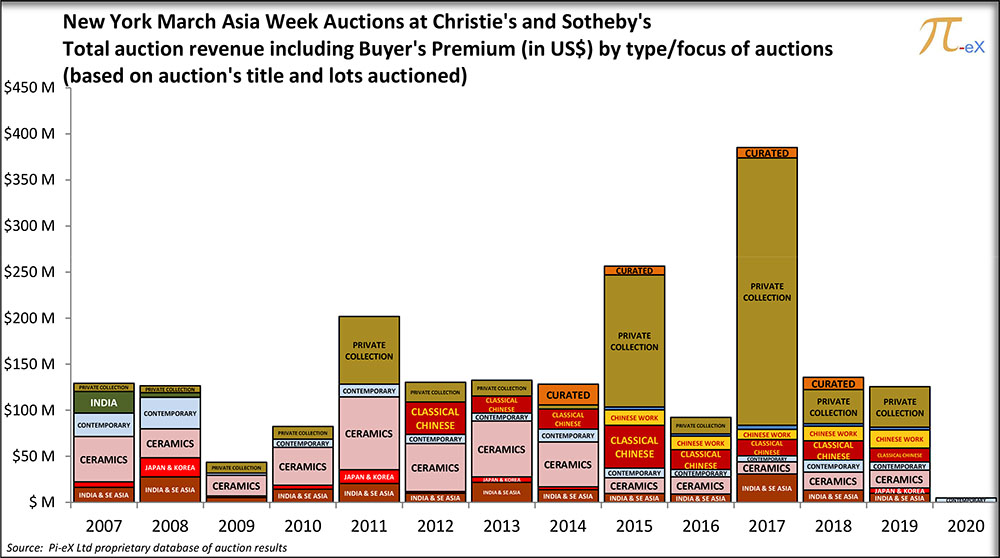 While sales of ceramics used to represent often half of the value generated at the New York March Asia Week auctions, in the past 5 years, Private Collections and Chinese focused sales have developed into the backbone of the Asia Week.

Further insights on the New York March Asia Week Sales can be found in Pi-eX report: