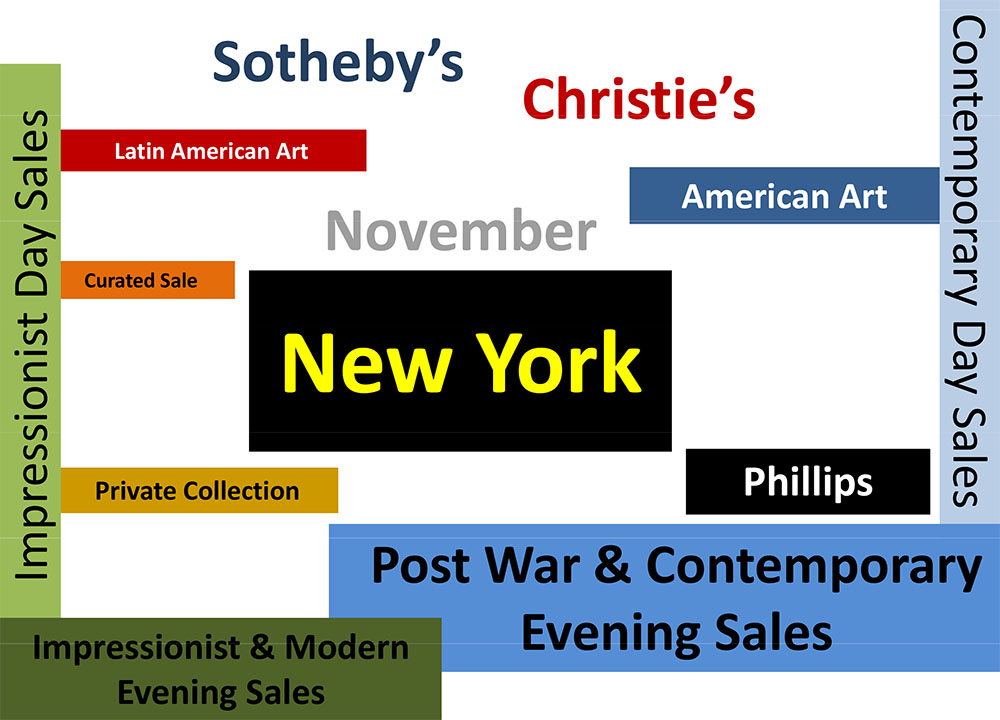 This year the total revenue generated for Christie’s, Sotheby’s and Phillips was smaller but still above US $1.5 billion.

Here are some of our key takeaways for the 2019 New York November auction sales:

For more insights on the New York November 2019 auctions, check out: