In Q1 2020, the three major auction houses had planned to arrange 94 auctions and were hoping to generate at least as much revenue as in Q1 2019 if not more. Obviously none of them had planned for Covid 19 to play such an important role, but in the end, they all had to deal with it.

So How did Covid 19 impact auctions at the top 3 auction houses in the first Quarter of 2020?

1. Overall, 15 auctions were cancelled in March 2020 with most auctions postponed until better days while some got converted to online sales:

In January and February 2020, all auctions proceeded as scheduled in New York, London, Paris. 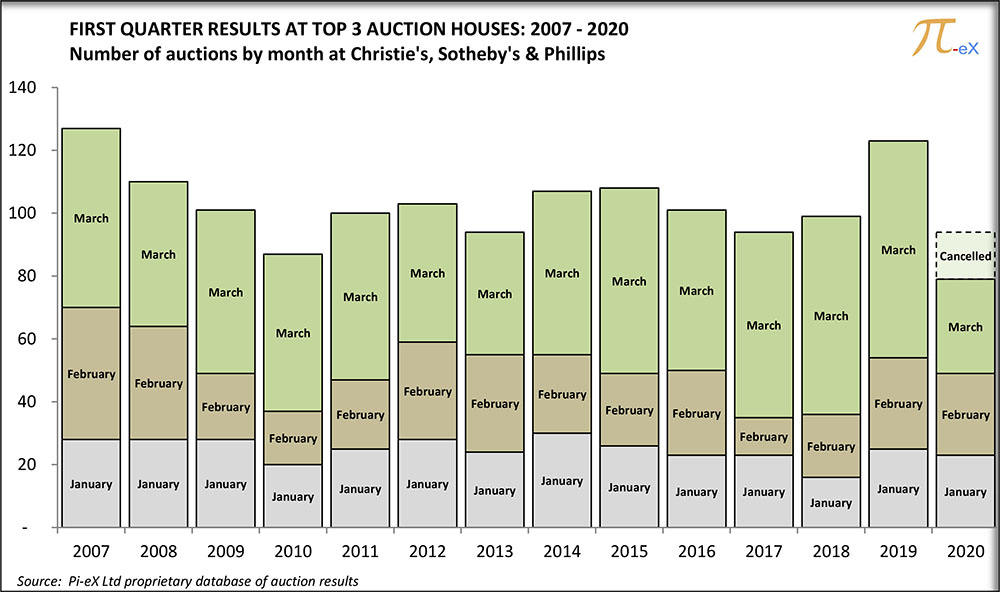 From mid-March onwards, however, government accross the world started to require retail businesses and auction houses to close doors because of the Coronavirus outbreak. New York saw its last Live auction on March 16th, Paris on March 17th and London on March 19th 2020.

In the end 15 auctions were cancelled in March 2020, resulting in a total of only 79 auctions ran during Q1 2020, its lowest number of auctions over the past 14 years.

2. While Q1 2020 revenue decreased by 40% versus Q1 2019 revenue, the Coronavirus pandemic is only responsible for part of the decline:

The cancellation, due to Covid19, of all but one auction at the March New York Asia Week (in yellow in the graph below), led to an important shortfall for the auction houses as these sales generated US$125m in Q-1 2019 but just $5m in Q1 2020.

In addition, albeit of far less significance, the cancellation, also due to Covid19, of the Paris Impressionist Sales (in light green in the graph below) further contributed to the revenue contraction as these generated US$32m in Q1 2019 and nothing in Q1 2020. 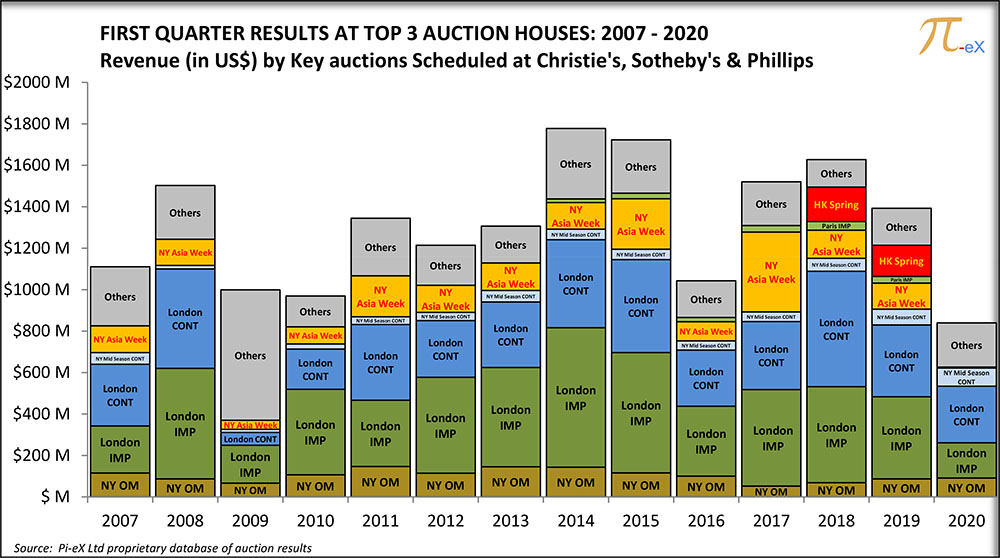