For the 2nd year in a row, Phillips was not able to reproduce the magic of its March 8th 2018 London 20th Century & Contemporary Art Evening Sale.  On that night, the total Hammer Price (HP) of artworks sold reached £85m. This year Phillips' total HP was £17m.

Multiple factors may have contributed to this result.

Phillips' offering this year was limited in volume and value.  While the number of lots catalogued for the sale  increased from 29 in 2019 to 41 this year, it was still less than in 2018 when Phillips offered 50 lots to potential buyers.  In addition, the value of the lots catalogued this year was much smaller as most artworks had Low Estimates (LE) below £4m.  This was in sharp contrast to the two previous years when artworks with Low Estimates above £4m and even above £10m were important parts of the offering.

As for other auction houses, the current environment and especially Brexit fears may have contributed to some art collectors deciding to postpone their sales of major artworks in London. 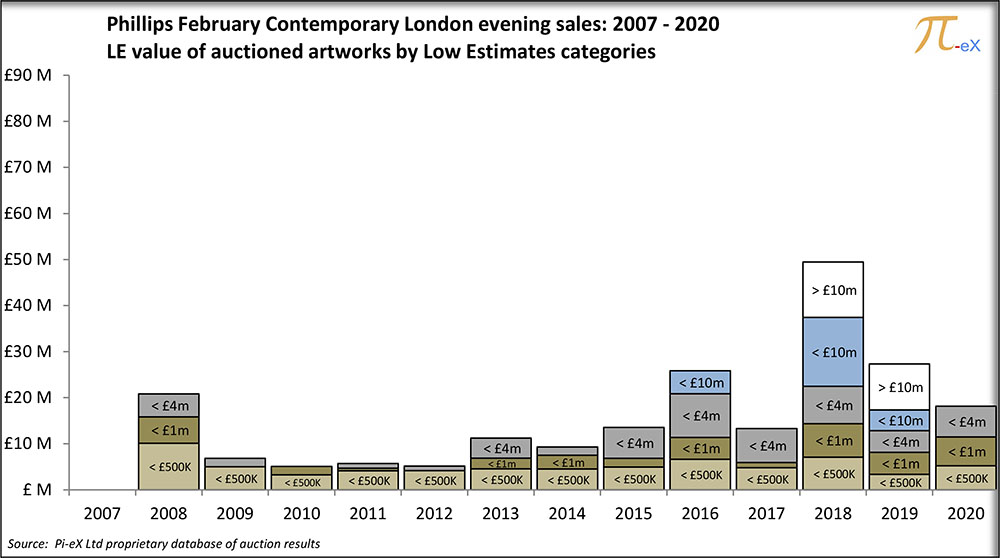 This year's offering at Phillips also did not include as strong artists' brand names as in 2018 and 2019, which may explain why the Hammer Prices obtained were not as high. 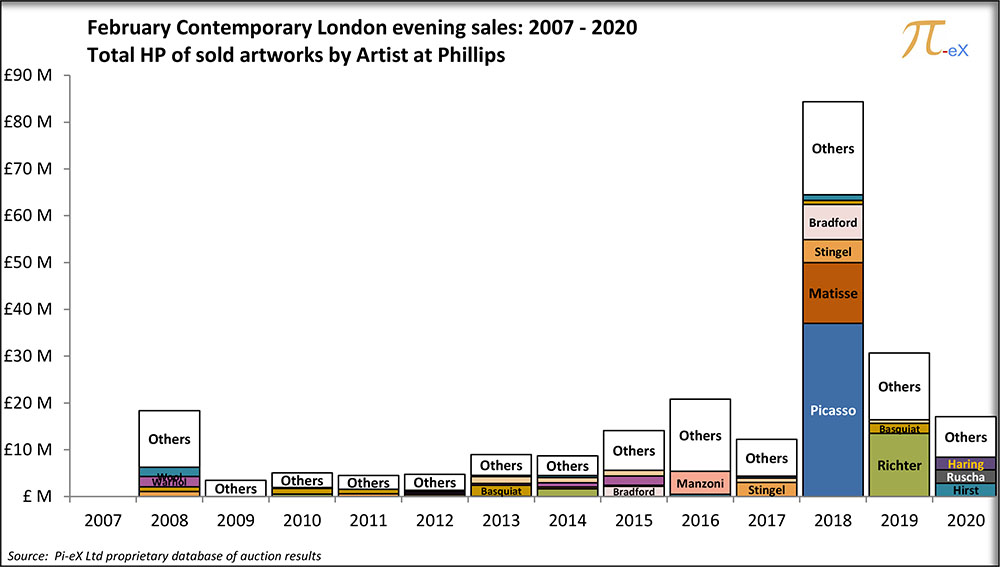 What this year's offering included was the largest ever percentage of guarantees ahead of the auction.  In fact more than 60% of the total Low Estimate was covered by Irrevocable Bids, ie commitments by Third Parties to acquire the artworks at the auction for a pre-agreed price. 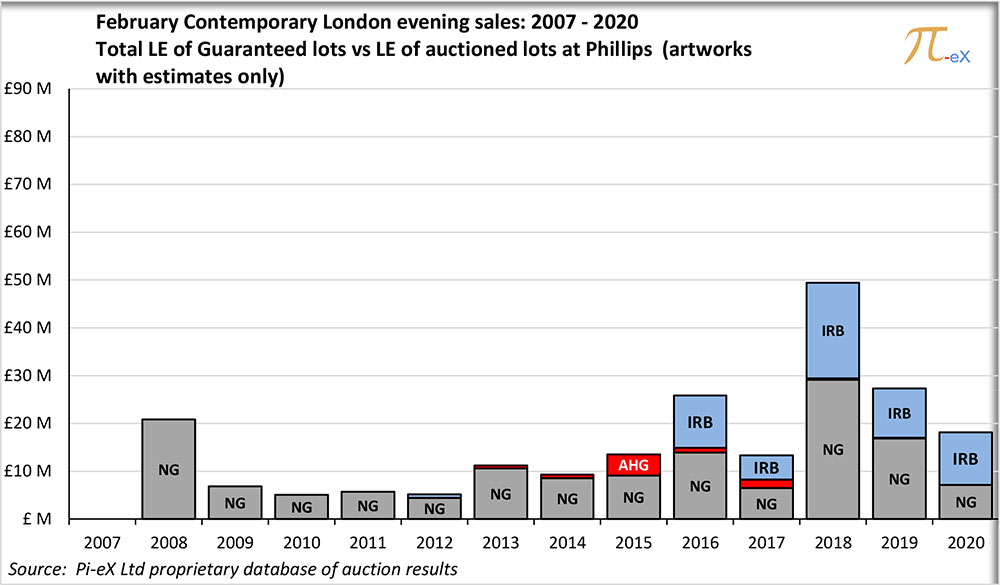 While all top lots at the Phillips' sale were covered by Irrevocable Bids (IRB), these guarantees did not provide major upside for sellers and Third Parties who committed to buy the artworks.  As seen below, most artworks with IRB (shown in blue in the graph below) obtained HP at or around the original LE of the artworks. Also 4 out of the 10 IRB included in the auction, ended up being bought by the Irrevocable Bidders. 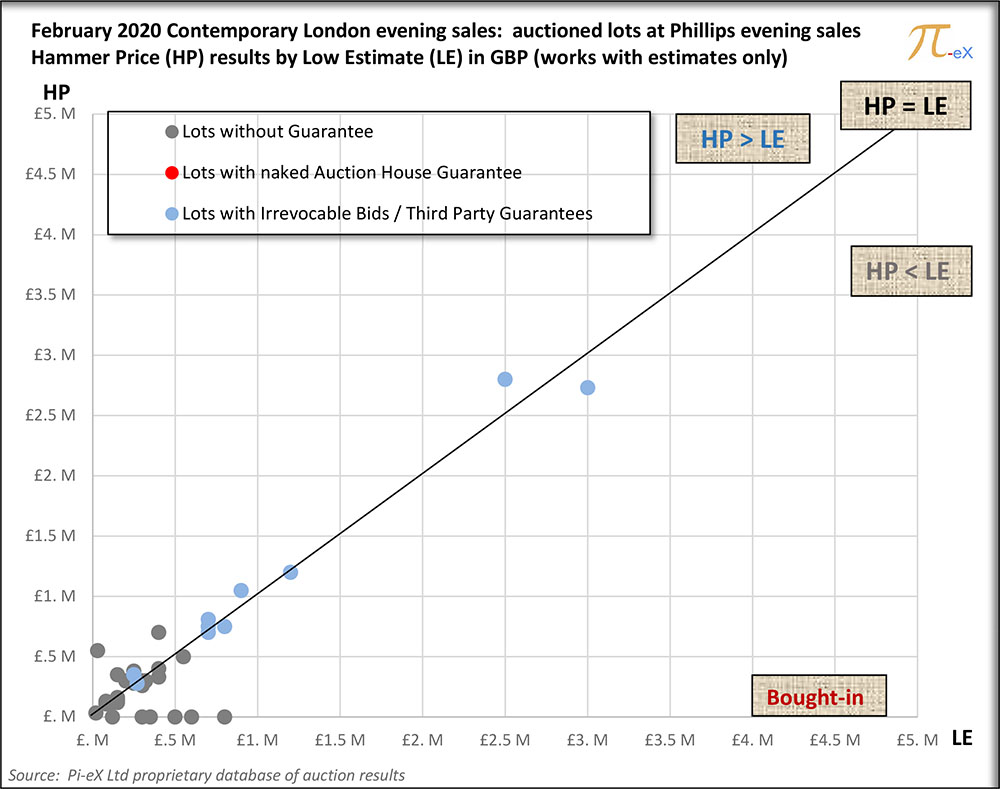 As the London February Contemporary Sales concluded with the Phillips' auctions, one can wonder what be next in an environment where uncertainty becomes the norm and traditional tools like IRB may no longer "guarantee" a finanical upside.